Skip to content
Rated 5.00 out of 5 based on 3 customer ratings
(3 customer reviews)

WHAT IS BOKKEN / JAPANESE KATANA SWORD FOR MARTIAL ARTS  TRAINING ?

A bokken (木剣, bok(u), “wood”, and ken, “blade”) (or a bokutō 木刀, as they are rather brought in Japan) is a Japanese Bokken is  utilized for preparing in kenjutsu or martial arts training. This  is normally the size of a metal one , however is here and there formed like different blades, for example, the wakizashi and tantō. Some fancy bokken are designed with mother-of-pearl work and elaborate carvings. At times it is also spelled “boken” in English.

HISTORY OF THIS WOODEN KATANA

It is difficult to decide definitively when the first bokken showed up because of mystery in old martial arts sword training and free record-keeping. While different counterfeit weapons were doubtlessly utilized during the previous times of Japanese history, use of a bokken i.e. “Wooden Katana” in their cutting edge structure originally arose during the Muromachi Period (1336–1600) for the preparation of samurai heroes in the different military workmanship schools of the time.

Bokken are more secure than battling with genuine blades, and are significantly sturdier; a wielder can connect with other student’s swords with little dread of harm. On the off chance that a pliant steel katana is over and again utilized, it can undoubtedly become scratched and the edge imperfect, at last prompting a messed up costly sword.

While bokken which are exactly the same shape n size of real steel katana are more secure for fighting and practice than real katanas, they are as yet deadly weapons in the possession of trained martial arts students.

Prior to the Meiji period, bokken (Wooden Katana) were possible made by carpenters who were not so expert & professionals  in Wooden Katana  fabrication. Toward the start of the twentieth century bokken make began all the more officially, essentially in Miyakonojo (Kyushu district). The last four excess bokken studios of Japan are as yet situated in Miyakonojo.

The “standard wooden katana i.e., bokken”, for the most part utilized in Kendo, Iaido, and Aikido was made by ace Aramaki in a joint effort with the All-Japan Kendo Federation during the 1950s and was the first normalized/real standard bokken at any point made.

Bokken i.e., Wooden Katana can be made to address any style of weapon required, for example, nagamaki, no-dachi, yari, naginata, kama, and so forth the most broadly utilized styles are:

Moreover, different koryu (conventional Japanese hand to hand fighting) have their own particular styles of bokken which can shift marginally long, tip shape, or in whether a tsuba (handle monitor) is added.

The All-Japan Kendo Federation determine the components of bokken for use in the cutting edge kendo customized structure, called Nippon kendo individualized organization.

A katana (刀 or かたな) is a Japanese sword described by a bended, single-edged sharp edge with a round or squared gatekeeper or hand-guard  and long grasp to oblige two hands i.e. easy to swing while holding with both the hands. Grown later than the tachi, it was utilized by samurai in medieval Japan and worn with the cutting edge confronting vertically. Since the Muromachi time frame, numerous old tachi were cut from the root and abbreviated, and the cutting edge at the root was squashed and changed over into katana. The authority term for katana in Japan is uchigatana (打刀) and the term katana (刀) frequently alludes to single-edged blades from around the world. 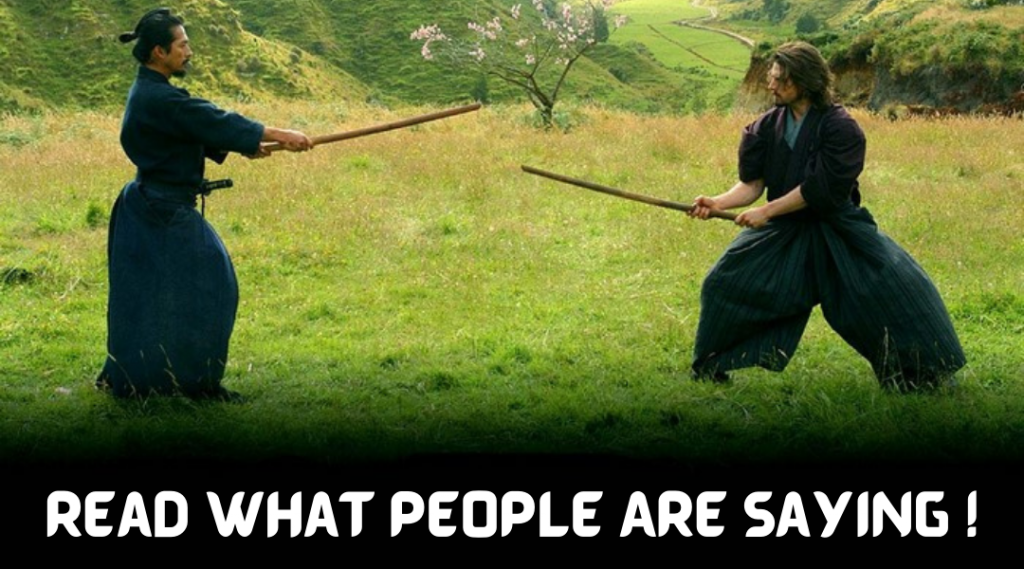 WELL BALANCED SWORD
Wooden Katana Sword is a well balanced training sword with excellent craftmanship.
BUY NOW
FINEST WOOD
This Japanese Wooden katana sword is made out of the finest wood. Bokken Sword Piece is made for practicing martial arts / sword techniques & Self Defence.
BUY NOW
BEST EVER GIFT
It can be best ever & manly birthday gift for men, Birthday Gift for Dad, Birthday Gift For Brother, Birthday Gift For Boyfriend, Gift For Friend, Gift For Boys & can be a perfect rakhi gift for brother.
BUY NOW
FREE SWORD CASE
You get FREE Carrying Case (2.5 x 15.5 inches) with adjustable belt made of a very durable material & three layers protection to easy carry & keep it safe.
BUY NOW
SELF DEFENCE
Easy to Handle & Very Effective Self Defence Gift for everybody.
BUY NOW
INCLUDES TSUBA
The tsuba (sword guard) comes as a separate piece with the Katana Sword.
BUY NOW
Previous
Next

We are Hembert India Store. We Sell  Exclusive International Products in Sports & Outdoors category in India. We are  Specialized in Martial Arts, Self Defence & Other Niche Sports Categories/ Products. Hembert India Store is on the Path of Becoming Home Like Store of Our Customers.